Debt is Not Always Bad! Why the Rich Love Leverage... 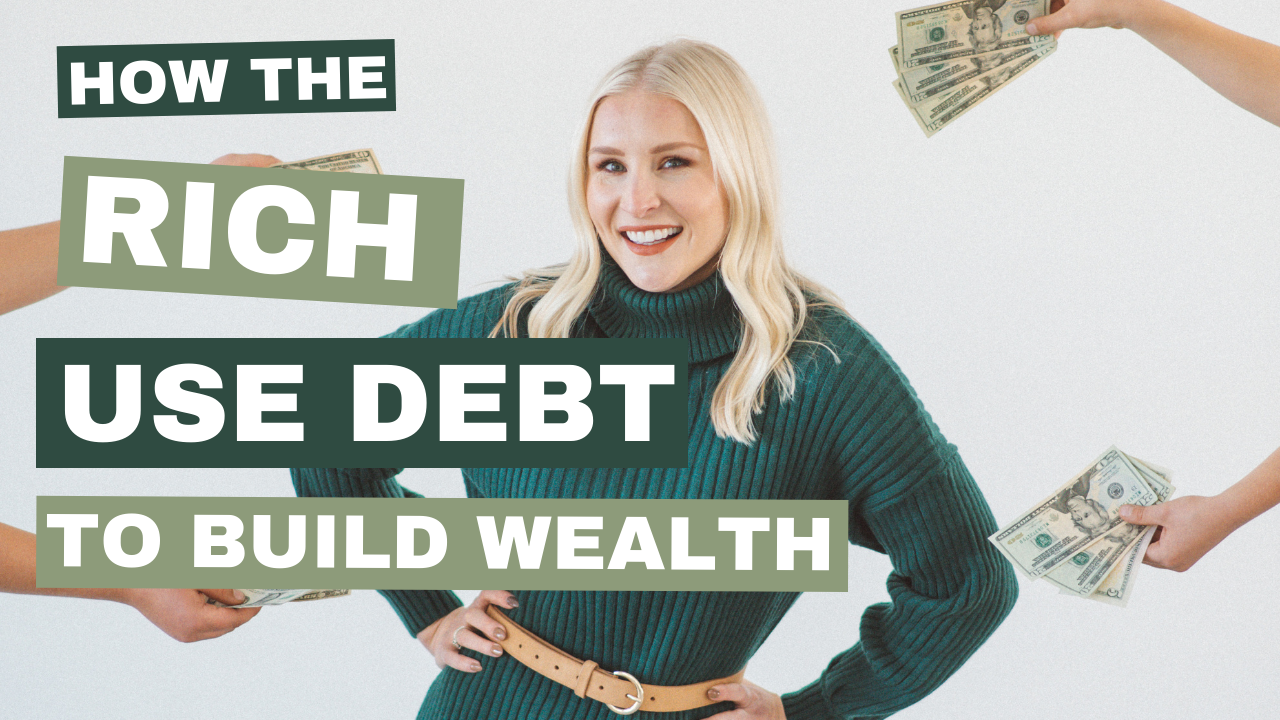 ALL DEBTS CAN NOT BE TREATED EQUALLY...

Not all debt is BAD. Especially to the wealthy...They use debt to become even wealthier.

Let's back up a second.

Your mind might be spinning in circles right now. And if so, trust me, I can relate.

We are trained to avoid debt at all costs, and if we have it, we are taught to pay it off.

Pay it off as fast as we can to reduce the interest paid to the bank.

And don't take out debt you don't need!!!

If you can pay cash, PAY CASH! This is a big one we hear.

If you have listened to Dave Ramsey speak for 30 seconds, you likely have this message instilled inside of you.

But this message doesn't just come from Dave Ramsey, debt is put in a bad light all over the place.

If you have student loans - you likely LOATH that debt. This feeling might subconsciously (or consciously) make you want to avoid debt at all costs down the road once you get out of the woods.

There are even trending hashtags on social media such as #debtfreelife, #debtfreecomunity, and #debtfreeliving. And also on social media, we see people post pictures holding up letter boards beaming with pride about the amount of debt they paid off to become #DEBTFREE!!

I'm not saying paying off debt is not an accomplishment to be proud of because IT IS!

I am simply painting the picture as to why most of us believe we should avoid debt at all costs - and why it might be hard for many to fathom why Jeff Bezos took out a loan for his mega yacht.

It's called LEVERAGE - and the wealthy LOVE IT.

Leverage = debt. But it's a different kind of debt.

The dictionary definition of leverage is an investment strategy of using borrowed money—specifically, the use of various financial instruments or borrowed capital—to increase the potential return of an investment.

Think about it - if you can borrow money for something that will produce a greater ROI than the interest you're paying... then there is a pretty solid argument for borrowing money.

Said even simpler, leverage = the use of debt to buy appreciating assets.

Before we dive deep into LEVERAGE.. let's talk about debt that does not count as leverage.

The below examples are nothing to be ashamed of! Almost everyone can raise their hand and say they currently have or have had the below types of debt -- simply setting the stage for the type of debt that builds wealth.

1) Borrowing money from a bank to buy a car, boat.. (insert any other depreciating asset)

2) Borrowing money from a bank for school - Student Loans

... and I am sure I am missing something... but to hammer it home... if you're borrowing money from someone else, to buy an asset that does not increase in value over time or produce cash flow... then it isn't leverage.

Okay, yes, I just told you that Jeff Bezos took out a loan to build his fancy-schmancy $500M mega yacht.

Yeah, the yacht that also required him to pay to dismantle an iconic bridge so that the boat could fit under it. I don't know how much the bill was to dismantle the bridge, or whether he financed that project, but anywho.. this yacht has been quite the ordeal. Okay, I digress.

I also just told you that borrowing money from a bank to buy a boat was NOT leverage...

So what in the world did Jeff Bezos do? And why would someone worth BILLIONS take on debt for something he could EASILY pay cash for?

Here's what he did: Jeff Bezos took a loan from HIMSELF to fund the build of his yacht. Remember how I said that leverage is borrowing against capital? Well Jeffrey, ya know, he has A LOT of money tied up in Amazon stock (capital).

You see, his Amazon stock is very likely going to continue to grow over time (just in the past 5 years, Amazon stock is +262% as of this writing) and when you have the kind of equity Jeffrey has in Amazon... even a +1% return could be worth MILLIONS.

So, instead of SELLING $500M worth of Amazon stock to fund the build of his yacht... he used LEVERAGE. He took out a $500M loan against his own Amazon equity and built the boat.

Now, I don't know the interest rate he had on this loan against his own capital, but I imagine Jeff Bezos has a pretty solid credit score and the interest rate to borrow money from himself has to be lower than the expected returns on the Amazon stock.

So, as you can see, in this case... it makes sense for him to fund his yacht build with a loan from himself. Had he cashed out $500M to build the boat - that's $500M LESS he would have had sitting in the market reaping the benefits of compound interest.

So how can normal people use leverage?!

I realize this example with Jeff Bezos and his yacht is far from normal, to say the least.

But here's the deal. Many of us have the perfect asset for this type of move - it's called a home.

We tend to assume we can't do what the rich do - but don't underestimate yourself.

Currently, there is 10 TRILLION in tappable home equity in the United States.

You can borrow against that equity at low-interest rates (assuming you have a good credit score) and USE IT to purchase APPRECIATING ASSETS. Such as a rental property, for example, which has an average annual ROI of 12%.

^^ This allows you to make your money WORK FOR YOU. Think about it - the equity you have sitting in your home is just money being lazy. It can work harder!

While we are not yet millionaires, we have lived in our primary home for 5 years now and have a good amount of equity in it...

So, to purchase Duplex #2.. we tapped into the equity in our primary home with a HELOC (home equity line of credit) to close the deal.

The HELOC on our primary home enabled us to lock in our second multi-family home without selling investments or being forced to save money over a long period of time in a savings account with an interest rate less than 1%.

Now, this is a pretty calculated maneuver and you want to do it safely, but if you're redeploying the money into investment real estate, for example, and don't have high-interest debt... It can be a really slick money move.

And that my friends is why the rich love debt.

Want knowledge and confidence when it comes to INVESTING in your future?

Check out my signature course covering all things investing we don't learn in school.

Learn more about Fuel Your Fortune™

Be the first to know about FREE resources and exclusive opportunities.

I am also working on a weekly newsletter that you won't want to miss!

I hate SPAM. I will never sell your information, for any reason. Unsubscribe at any time.